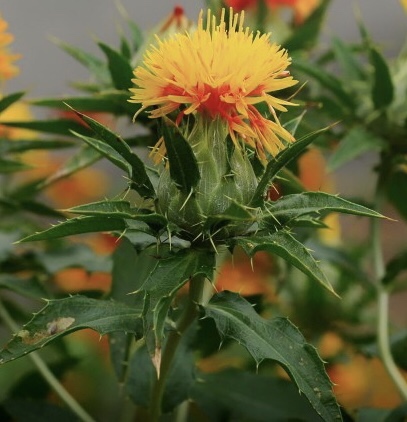 The unexpected consequences of pruning

On 3 October 2017, scientists published an interesting article in the journal Ecology titled ‘molecular constraints on resistance-tolerance trade-offs’. This is a bit of a mouthful but basically, the study looks at the mechanisms some plants use to cope with the negative effects of being pruned or munched on by wildlife, namely resistance and tolerance, and they found something rather surprising that could, in the future, increase agricultural yields and reduce reliance on pesticides.

Before I explain their results, however, you might be wondering exactly what the authors are referring to when they use the terms ‘resistance’ and ‘tolerance’. There are also a couple of other terms that I’ll refer to later on that you might not be familiar with.

Resistance in this context describes how some plants produce defensive chemicals that are designed to prevent them from being eaten. In other words, they actively resist being eaten. An example would be a chemical that makes the plant taste bad to a particular herbivore. Another example is that of spiky plants which have physical traits that they use to deter herbivores (most will want to avoid being spiked) but which also produce chemicals to inject through their spikes (animals will be even more likely to avoid a plant if they know being pricked by a spike also means a nasty sting).

Tolerance describes how some plants focus on regrowing after they’ve been eaten. In other words, they tolerate being eaten. Plants that grow back quickly after being pruned exhibit tolerance characteristics.

Overcompensators (bear with me, this term will come up in a few paragraphs) refers to plants that overcompensate when they are damaged, such as when they are eaten. When parts of such plants are removed, they grow back bigger and better. You’ll no doubt know some plants in your garden grow bigger and bushier when you prune them – it’s the same thing, as pruning a plant simulates what happens when something munches on a plant.

Endoreduplication (this is another term that will come up soon) refers to the ability of some plants to duplicate the genetic material in their cells without duplicating the cell itself through cell division. Roughly 90% of flowering, herbaceous plants have this ability and it enables plants to more quickly recover from damage as they can increase the size of their cells without spending energy on duplicating cells to replace those that are lost.

Before this study was released, it was generally thought, given that plants have limited energy, that plants that have been munched on will either exhibit resistance or tolerance behaviours but not both.

The authors of this study instead found that overcompensators implement both resistance and tolerance mechanisms when they are munched on (or pruned). Basically, these plants grow back bigger and better than before and they also grow back nastier too.

What it all means

With further research, scientists may be able to develop plants that produce higher yields of commercially important products (food, textile fibres etc.). They may also be able to create species that are more resistant and tolerant to pest attack resulting in reduced pesticide use.

While genetic modification will likely form a major part of this effort, I see no reason why traditional plant breeding techniques could not accomplish the same thing even if it takes longer.

Something not mentioned in the article but which is nonetheless worth considering, is that an increase in defensive chemicals could increase the tendency of plants to elicit allergenic responses in humans. Of course, increasing a plant’s ability to compensate for damage could also lead to bigger and more destructive weeds.

I look forward to seeing more research in this area and learning how researchers plan to prevent negative unintended consequences. What do you think of this new research?