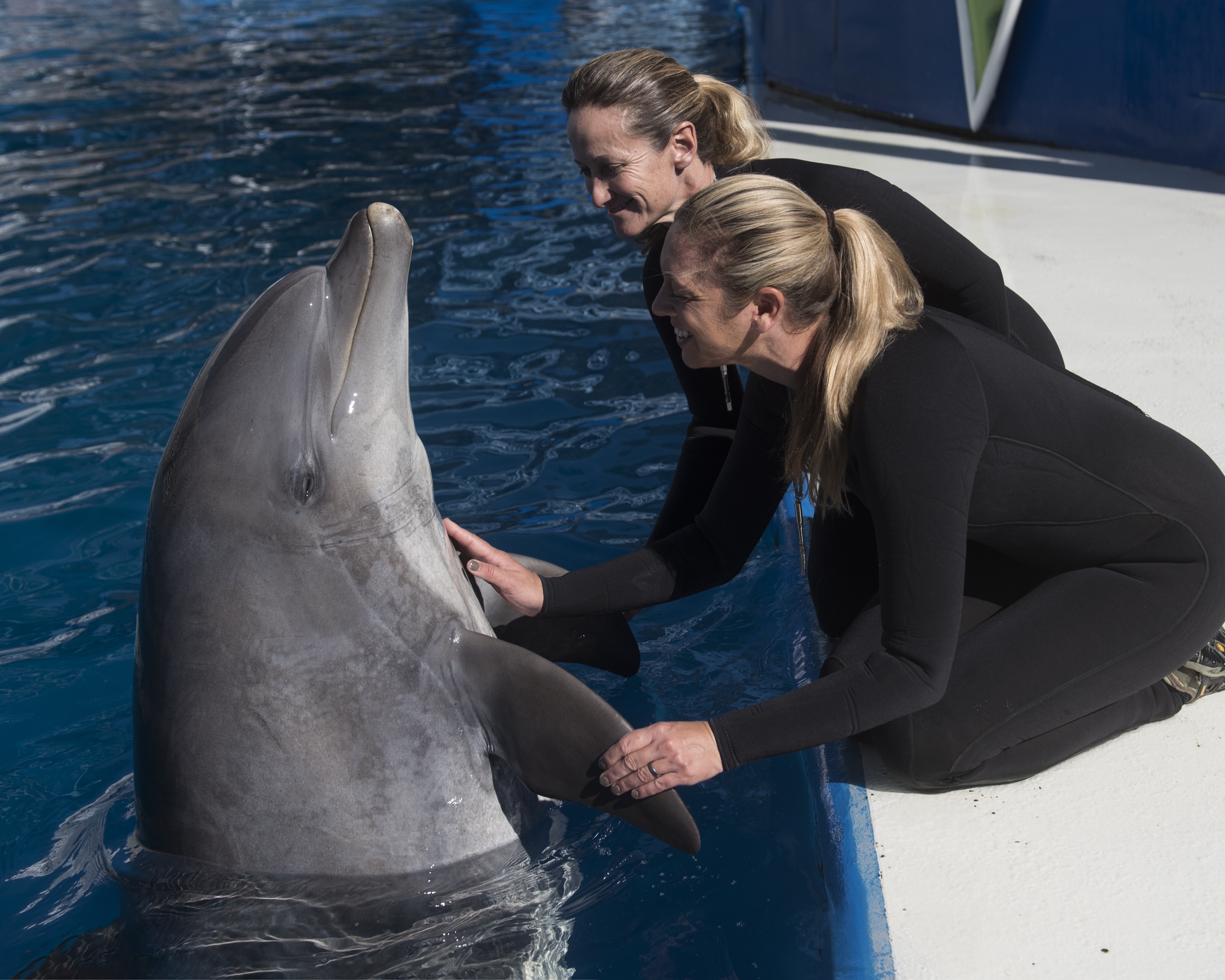 Advancements in genetic mapping technology and assembly algorithms have enabled scientists at Illumina to construct a high-quality reference genome of the Atlantic bottlenose dolphin (Tursiops truncatus). Mapped from DNA samples provided by SeaWorld, San Diego, the completed genome is the most comprehensive and ambitious sequencing of a dolphin to date and it has the potential to evolve our understanding of comparative biology, breeding, medicine and conservation planning.

“When we were contacted by Illumina, we knew immediately this was a project that we wanted to be a part of, not only because of our commitment to research, but because involving our dolphin was going to help produce the highest quality results,” said Dr Hendrik Nollens from SeaWorld.

The bottlenose dolphin is frequently used for medical research because its genetic similarities to humans make it a useful model for research into a variety of human health issues like diabetes, metabolic disorders and illnesses associated with ageing. Until now, however, there hasn’t been a publicly available genome of this type (a phased de novo genome assembly) for this species so genomic research using these dolphins has been limited.

“The quality of the genome is such that we didn’t just sequence [a dolphin’s] genome, we were, for the first time in a dolphin or whale, able to determine the genome’s organization and structure,” said Dr Nollens.

The research team produced both a haploid and diploid assembly

For this research, Illumina used cutting-edge assembly software to produce a traditional ‘haploid’ assembly and a haplotype-phased ‘diploid’ assembly. This new assembly is unmatched in accuracy, allowing for new ways to explore the dolphin’s genetically heterozygous nature.

Terminology: An assembly is a set of chromosomes that are used to represent an organism’s genome. Assemblies can be obtained from a single individual, as is the case here, or from multiple individuals as has been done to produce a human reference assembly. They usually represent a mixture of haplotypes rather than a single one. A haplotype is a set of genes that were inherited together from a single parent; it’s typically a set of alleles from the same chromosome. This is fine for homozygous, haploid and highly inbred species but insufficient for heterozygous, diploid or polyploid species. Combining two haplotype assemblies produces an assembly that contains two copies of each allele, making it a diploid assembly.

Karine Viaud-Martinez, Senior Manager – Clinical Genomics Laboratory Services at Illumina, added that the dolphin’s genome “will provide the structure against which future data can be compared. Think of the genome we provided as a closet bar. Without that bar, your clothes would be a pile on the floor and it would be difficult to make comparisons. The dolphin genome assembly provides the structure to allow us to make sense of data for populations of dolphin. This will be critical for identifying population boundaries and goals for conservation.”

Studies like this require routine sampling of an animal, which makes them difficult to perform on wild animals. In fact, reliable access to healthy animals is crucial for scientists wishing to perform this kind of research.

Luckily, this study was supported by SeaWorld, which was able to supply DNA from their 39-year-old bottlenose dolphin called Sandy. Amazingly, the team at SeaWorld have trained their dolphins to participate in their veterinary care so Sandy actually cooperated when it came time to donate her DNA.

“You might think that getting good quality DNA from an exotic animal such as a dolphin would be a challenge,” said Dr Nollens. “It turns out that that was the easy part, because Sandy lives at SeaWorld… Sandy presented her fluke while a veterinarian drew a blood sample from a vein in her tail fluke. This freshly collected sample was then immediately processed to yield the high-quality DNA that was needed to assemble and sequence this dolphin genome.”

Karine said the team was very lucky because “Sandy is a dolphin that has had offspring while living at SeaWorld. This means that we have the opportunity to sequence her mate and offspring so that we have a snapshot of the way that the pieces of the genome are segregating during reproduction, critical information for understanding genetics of a species.”

The benefits of this research

This research will make possible more advanced and accurate genetic research on the bottlenose dolphin. This has implications for human medical research (especially because there’s a substantial syntency between the dolphin genome and human chromosome 1) but will also be important for dolphin conservation efforts.

Karine added that “by using the reference to compare population data past and future, we are better positioned to understand which dolphins are interacting and reproducing successfully. Environmental DNA will help us to track their movements and better identify limitations to growth in their populations. The model of driving genome assembly and conservation projects through partnership with experts from diverse backgrounds has promise for many other species that are critically endangered.”

“The best part of the project was how it brought not only the community, but the Illumina employees together. The project was cross-functional in nature so it required us to bring together people who might not have worked together on a project otherwise. This leads to unexpected cross-pollination of ideas and innovation. A wonderful consequence to this was that our volunteer from the Ocean Discovery Institute was brought on as an intern and eventually hired by Illumina as a result of the project,” said Karine.

Dr Nollens added that “the success of this type of collaborative research project highlights just what can be accomplished when we all work together.”

Where to learn more

This research was published in the journal, GigaScience, in January 2019. Reading the full article ‘New de novo assembly of the Atlantic bottlenose dolphin (Tursiops truncatus) improves genome completeness and provides haplotype phasing‘ (which is freely available under Open Access) is the best way to get more detailed information about the project.

The assemblies are available on NCBI: haploid, diploid.

Experts interviewed for this article

About the project partners

SeaWorld has authored or co-authored more than 300 peer-reviewed research projects over the past several decades. Helping with the sequencing of the dolphin genome, while a fascinating and incredibly unique project, is yet another milestone in SeaWorld’s continuing commitment to advance knowledge on some of the world’s most amazing animals.

Illumina provides sequencing and array-based solutions for analysis of genetic variation and function, in fields ranging from cancer research to agriculture.

NRGene is a cloud-based genomics big-data solution company headquartered in Israel with offices in the United States, Canada, Germany and India. NRGene helped assemble the genome data for this project.

Johns Hopkins University was founded in 1876 as America’s first research university. Johns Hopkins helped validate and confirm the genome quality for this research prior to uploading it to a public database on NCBI.

Let me know what you think of this post Cancel reply 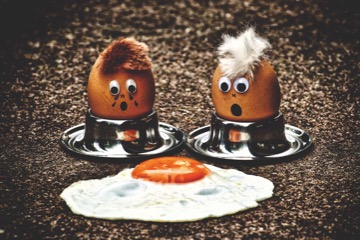 Small, but mighty: human microproteins may be vital to human health and disease

Microproteins appear to play a vital role in some biological processes like DNA repair. Research into human microproteins may lead to novel therapeutic treatments for a variety of diseases such as cancer.

Looking for something in particular? Search for it here

Do you want free marketing tips to help your win more sales and grow your business? Are you sick of receiving mountains of email that you don't read? If so, the K.&nbspM. &nbspWade mailing list is for you.