An innovative process with the potential to end plastic pollution

Plastic waste is everywhere. It is clogging our landfills and poisoning our marine environments. In fact, the United Nations has deemed ocean plastic to be a “planetary crisis”. Thankfully Full Cycle Bioplastics has developed an innovative solution that is a real game changer.

The company has developed a technology that converts organic waste, such as inedible food waste, agricultural by-products (and presumably garden waste) and dirty paper/cardboard, into a compostable bioplastic called polyhydroxyalkanoate (PHA) that degrades, in both the soil and ocean, to harmless compounds. So not only can this technology reduce pollution from plastic, but it also addresses the issue of growing volumes of organic waste. Perhaps the best bit is that PHA is a naturally occurring polymer made by bacteria, so its production isn’t adding another abnormal product to the environment, and it is an adaptable, high-performing replacement for fossil-fuel derived plastics. Even better, when PHA plastics reach the end of their life-span, they can be fed back into the recycling process again to produce more of this environmentally friendly bioplastic. 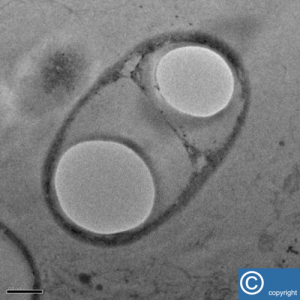 Another significant advantage of this technology is that it doesn’t, unlike competing processes, rely on cultivated food crops, arable land or genetically modified bacteria. Among other things, this reduces the production costs to something comparable to fossil-fuel derived alternatives.

In Australia, it looks like flimsy, petroleum-based plastic bags may be banned nation-wide. This sounds like a great idea but in states where they are already banned, they have often been replaced with thicker bags that cause even more environmental damage. PHA bioplastic bags would be a fantastic solution to this issue.

I challenge you to take just five minutes to write a list of plastic things in your life. Some of the items on your list may have non-plastic alternatives but some may not; regardless, just think what an impact it would have if each of those items could be replaced with a PHA alternative.

I hope that this new technology will be quickly and widely adopted world-wide so that we can really start making a big impact on the plastic waste and organic waste issues that our planet faces.