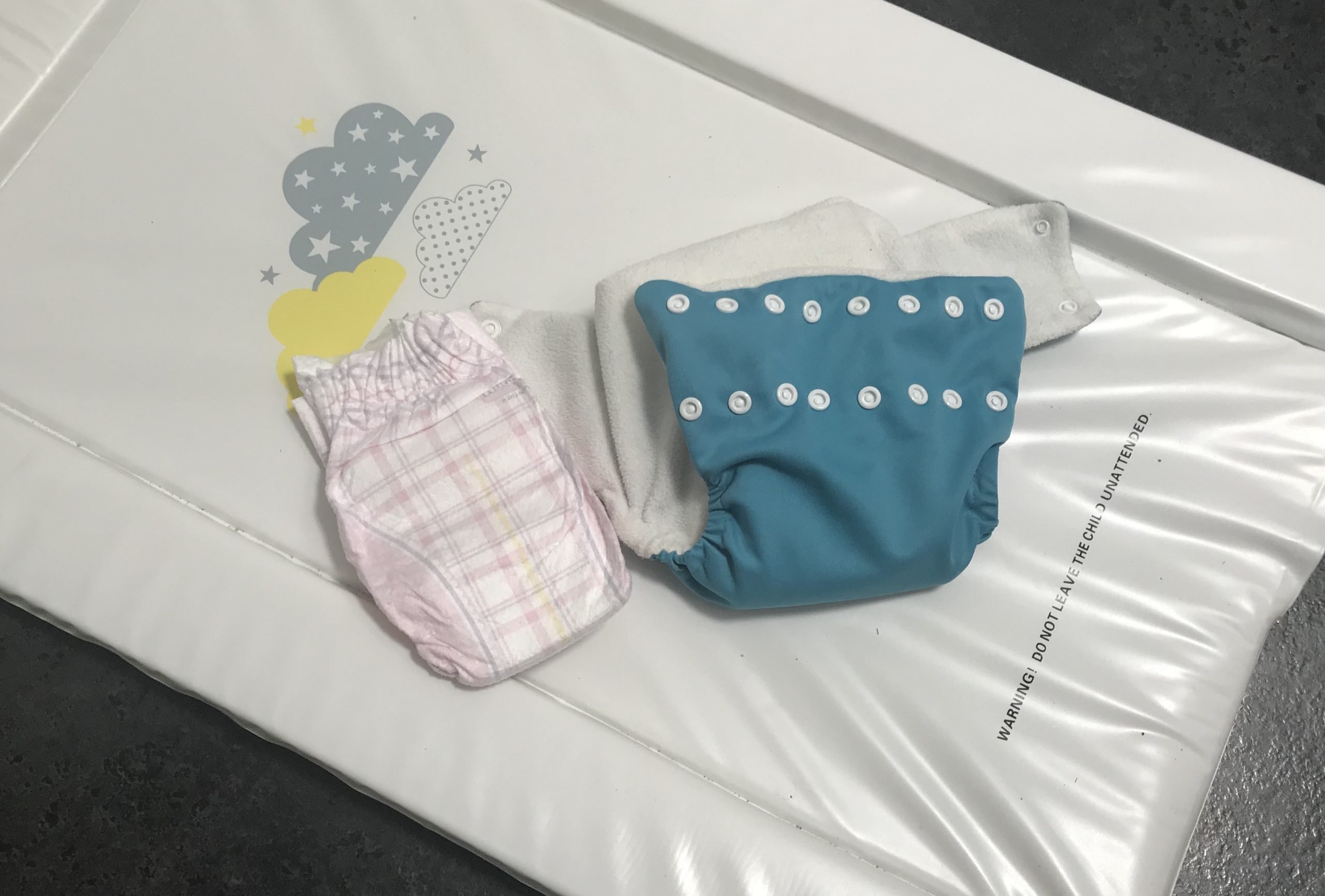 I’ve heard it said that nappy changing time is a ‘special time of bonding’ with your baby ‘full of happy songs and cherished routines like pretend toe eating’ (am I the only one who had never previously considered pretending to eat my baby’s toes?). And sure, you do get some one-on-one time with Bub. However, given the difficulties many parents face with feelings of inadequacy when all they see on social media is photo after photos of 100% together parents with their perfect little angels, I thought today I’d do a fun post about one of the not so fun moments in the life of a parent. So if you’ve ever had a disaster nappy change (and seriously, we all have, regardless of what people show on social media) hopefully you’ll find this at least a little amusing – and maybe comforting on those days where it feels like everything is going wrong. And for those expectant parents, here’s a sneak peak of what you’re in for!

If your baby has never done a really huge, wet poo that has gone all up their back (or front) and really just everywhere, then you are seriously the luckiest parent on the planet. It’s often younger babies that do this but any aged child can do it, especially if they have diarrhoea. One poor dad was seen coming out of his baby’s room at the hospital asking the midwives to help him with his newborn’s nappy. He hesitantly said he thought Bub needed a bath because it had gone literally everywhere. The poor guy seemed to think he’d done something wrong in letting it happen but luckily the midwife assured him that it was completely normal (though I’m not sure he was reassured by this – presumably fearing this would happen regularly).

2. Not finishing their business before a nappy change

So it’s time for a nappy change and you’ve just taken Bub’s nappy off. Or maybe you’ve just got the clean one on. And then Bub decides they need to pee, or worse, poo some more. For older Bubs, it’s not so bad if it’s just a wee and you can get the nappy to soak it up before it gets anywhere cause they don’t generally need to have their nappy changed as soon as it’s wet, but for a newborn or a Bub that wants to squeeze out another squishy poop, well, it’s really just no fun. Boys peeing is obviously worse than girls peeing because they can get that stream to go a long way, but parents who don’t have a girl will often be surprised to learn just how far a girl can spray pee when they really get going. Just pray you can limit the mess and you don’t get anything in your mouth is all I can say. There are definitely benefits to doing all nappy changes in a bathroom rather than a nursery…

3. Holding onto their feet

Ok so this doesn’t sound that bad. In fact it might sound like a useful thing for a young baby to do. After all, they can hold their feet and lift their bottoms to help with the first part of the nappy change. But have you ever tried to do up a nappy when a baby won’t let go of their feet? It’s nearly impossible. And those little ones can have surprisingly strong grips!

That moment when your baby first rolls onto their side or front is such an exciting time. Parents usually clap and praise their little one. But just wait till they start rolling during nappy change time. No more changing nappies on a change-table I can tell you as there’s too much of a risk they’ll fall off the table. Still at least at this point, they’re not usually too strong to hold down. It just means you have to be organised at the start of a nappy change so you’re not left with a dirty bottom and the wipes out of reach.

This one can happen with a baby of any age. Some newborns hate the unfamiliar feeling of all that cold air on their suddenly exposed skin. Older babies tend to get this way when they don’t like lying down or being forced to stop whatever engrossing activity they were in when they dirtied their nappy. Whatever the reason, if a baby doesn’t want to have their nappy changed, they will be very vocal when expressing their annoyance at the whole endeavour.

Have you ever tried to do up a nappy when your child is standing up? Getting the nappy off isn’t usually too hard though it takes a bit of juggling to avoid getting a mess everywhere. But trying to get a fresh nappy properly positioned and then done up tightly enough is nearly impossible. It almost always ends in a leaking nappy some time later. But does Bub care? Of course not.

‘Yay Bub can crawl/walk! They can move independently finally! Surely now I won’t have to spend all day taking him or her wherever and whenever they demand.’ Hah – if you’ve found yourself thinking this don’t celebrate just yet. Yes Bub may be less frustrated by not being able to get to whatever has taken her/his fancy but just wait till Bub decides they’d rather be over there than having their nappy change. It only takes a second while you grab their cream or fresh nappy and off they go exploring the house. And of course they’ll chose that moment to show you just how well their kidneys are working by creating a nice big puddle.

Maybe Bub understands that crawling off during nappy change isn’t the done thing. Or maybe he or she just doesn’t feel like it at the moment. But don’t think that gets you off the hook. Some babies just will not stop moving. When my husband isn’t home to hold my daughter still, sometimes I have to give her my phone with some educational video or other to get her to lie still long enough to get her nappy changed. And of course, then she screams when I take the phone back…

So you’ve managed to get the dirty nappy off and a nice new clean one on without too much drama. And better yet, the nappy is perfectly positioned – no leaks to come here! Hooray!!! Well, don’t celebrate too soon. Just as soon as you start putting on Bub’s shorts/leggings etc. you’ll hear that seemingly innocuous noise that heralds a Velcro-like tab being removed. Next thing you know Bub is giggling because that hated nappy is no longer attached. Now if only they can get up, they can be off and away before it can be reattached! Sigh. Nappy changes are now a race to see who is faster, mum or dad at putting on the clothes, or Bub at undoing the nappy. And some kids do this at other times too – I saw a post from one dad the other day who was sick of his two kids undoing each other’s clothes and nappies well after a nappy change was over. I think he resorted to putting them in inside-out and back-to-front onesies though plenty of people were suggesting duct tape. I hope he didn’t have to resort to that…

All of the above are annoying but perhaps the worst thing a Bub might do during a nappy change is put their hands down below when you haven’t yet wiped up the mess. Pooey hands – enough said really. When they’ve got a dirty bum and dirty hands what do you do? Do you clean the bum and hope the hands don’t go anywhere terrible – like their mouth? Murphy’s law pretty much guarantees that they’ll go straight to the mouth. But on the other hand, how do you pick Bub up to wash their hands without touching their bum? The best thing I’ve come up with is wiping the hands with one or more wipes then cleaning the bum (and usually the mat by that point – and probably stripping off their clothes). Then once the clean nappy is on you can wash their hands properly. Just watch those hands carefully because you still don’t want them going in the mouth before they’ve had a good and proper clean.

If you’re like me and always have to have some toys on hand to sooth and distract Bub during a change, then the similar issue is waving hands that allow a toy to come into contact with poop before it’s been cleaned up. Still bad but at least you can take the toy away and deal with it later. You’ll definitely want to limit nappy change toys to those that are easily cleaned though…

Ok this bonus isn’t something Bub can help, and admittedly isn’t something all babies will do but here it is anyway – being too small or advanced for their size. I’m seeing lots of confused faces – let me explain. Huggies have developed this really fantastic product: pull-up nappies called nappy pants. If you have a baby that prefers to stand while having their nappy changed or is just generally wriggly, then by all accounts these are really very helpful. But I have a bone to pick with Huggies. The smallest of these nappies are made to cater for children who weigh 10-15 kg. Seriously, my daughter was only 5 or so kilograms when I started wishing she could use these miracle nappies. At this rate, she’ll be toilet trained before they ever fit her! And I know I’m not the only parent with a Bub that could benefit from these nappies if Huggies would only make them in the infant and crawler size ranges too.

Is it all bad?

No, of course it’s not all doom and gloom. Sometimes Bub will be a perfect angel and lie calmly during a nappy change, perhaps making funny noises or playing with a favourite toy – it’s bound to happen at least once right?

What antics do your kids get up to during nappy time?

Reading out loud to children is crucial for the development but finding the time for shared reading can be tough. Check out these top 6 tips for fitting more shared reading into your child’s routine and watch as they reap the benefits.

So your child can read by him/herself now and you think you should stop reading out loud to him/her? No! There are many benefits to continuing.

When should you read to your child?